The most recent National Assessment of Educational Progress showed that only 15% of eighth graders performed at or above the most basic level of proficiency in American history. Mission US aims to get students to care about history by seeing it through the eyes of peers from the past.

The goals of Mission US are to help middle and high school students:

In each mission, players take on the role of a young person at a pivotal time as they meet historic figures, witness key events, grapple with multiple perspectives, make difficult choices, and experience consequences in a historical scenario with no easy answers. In doing so, they gain insight into how ordinary people shaped, and have been shaped by, our past.


For Crown or Colony? 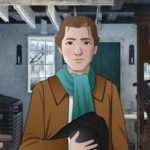 This mission puts players in the shoes of Nat Wheeler, a printer’s apprentice in 1770 Boston. They encounter both Patriots and Loyalists, and when rising tensions result in the Boston Massacre, they must choose where their loyalties lie. Originally prototyped in 2007 and launched in 2010, this award-winning first game in the series was updated in 2018 and is now available online and as a free iPad app. Learn more: 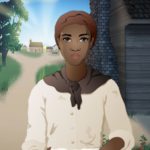 In this mission, players take on the role of Lucy, a 14-year-old girl enslaved in Kentucky who escapes to Ohio. As Lucy joins a community of abolitionists, players discover that life in the “free” North is dangerous and difficult. In 1850, the Fugitive Slave Act threatens all African Americans in the North and brings new urgency to the anti-slavery movement. Winner of the prestigious Japan Prize for Educational Media, “Flight to Freedom” is based on the latest scholarship about slavery and the antislavery movement in the upper South and border states in the critical decade leading up to the Civil War. Because we recognized that slavery is a complex and challenging topic to teach, great care went into the design and scripting. As with all Mission US games, the designs were meticulously researched and based on existing historical images; narrative outlines and scripts were reviewed in detail by noted historians, educators, and other stakeholders; and testing with diverse groups of students and teachers was an ongoing part of the design process. In the educator’s guide, more than 300 pages of background information, discussion starters, primary source documents, suggestions for further reading and research, and other free resources help contextualize Flight to Freedom and support understanding of the difficult choices and circumstances faced by enslaved and free African Americans. Learn more: 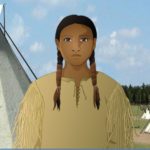 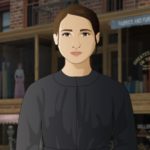 Players navigate New York’s Lower East Side as Lena, a young Jewish immigrant from Russia. Trying to save money to bring her parents to America, she works long hours in a factory for little money and gets caught up in the growing labor movement. Winner of an International Serious Play Awards gold medal, this mission was developed in partnership with the Lower East Side Tenement Museum, which consulted on historical content for the game and development of educators materials. The Museum building and its artifacts also served as models for design of the game’s locations, costumes, and props. Learn more:

Up from the Dust 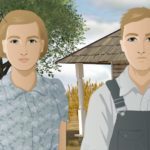 Players alternate between the roles of teenage twins Frank and Ginny Dunn, whose family wheat farm is devastated by the Great Depression and Dust Bowl. As they experience the hardships of the 1930s, players learn about Americans’ strategies for survival – as individuals, communities, and a nation. Winner of a Gold Parents’ Choice Award, Up from the Dust is available online and as a free iPad app. Learn more:

Prisoner in My Homeland

Prisoner in My Homeland follows the experiences of teenager Henry Tanaka, whose family is forced to leave their home on Bainbridge Island, WA, for a prison camp in Manzanar, CA. Players grapple with the choices and challenges faced by more than 120,000 Japanese Americans as they coped with their unjust incarceration during World War II. The Mission US team collaborated closely with advisors and members of the Japanese American community to develop Prisoner in My Homeland. Densho, a digital archive that preserves oral histories and other primary source materials on the incarceration, consulted on content development for the game and its supporting educator curriculum guide. An advisory board of leading scholars and researchers of the history of the incarceration and members of the Bainbridge Island Japanese American Community guided development of the game’s historical content and narrative. Learn more:

A Note about Flash

The Mission US series was originally developed in Adobe Flash, a platform that was phased out in January 2021, but we are in the process of rebuilding the games in an updated Unity engine. For Crown or Colony?, A Cheyenne Odyssey, City of Immigrants, and Prisoner in My Homeland are already available in Unity, meaning they are accessible via web browsers on Macs, PCs, and Chromebooks. Unfortunately, we don’t yet have sufficient funding to rebuild Flight to Freedom or Up from the Dust, but we hope we will be able to do so in the future. Up from the Dust will remain available as a free iPad app and Windows 10 app. Flight to Freedom will be available as a downloadable PC or Mac application, but may not work on up-to-date macOS as it is a 32-bit application.

For more information about the games and supporting materials, visit the Help page.  Get updates about Mission US on Facebook and Twitter.  To share your feedback or for assistance, email us at missionus@thirteen.org.